For much of the period since the Second World War, Russians have been the dominant nationality on Svalbard Archipelago
Visiting the two Soviet coal mining towns Barentsburg and Pyramiden on Svalbard feels like travelling back in time.

Once a thriving mining settlement, Pyramiden has been almost entirely abandoned since it was shut down in 1998. To explore Pyramiden is to step back to the heyday of the USSR. Soviet culture, architecture and politics permeate the town, from the block-style housing to the bust of Lenin—the world’s northernmost statue of that communist revolutionary—gazing down, fatherly and proud, on Pyramiden’s main square.
Now a tourist attraction, the sprawling ghost town is home to just six year-round residents that work in the only soviet-time hotel, recently visited also by a special guest: a polar bear that entered the building by breaking a window and subsequently played with the Wodka bottles of the bar. Just one of the tens of romanesque stories that pervade this white outpost.

Barentsburg, with its still active coal mine, is the second-largest settlement on Svalbard, with about 500 inhabitants (2007), almost entirely Russians and Ukrainians. Similarly, it feels like you’ve just stepped off in Soviet-era Russia, because in many ways you have. There’s the brutally austere architecture, the obligatory statue of Lenin, the propaganda murals exhorting miners to “use their strong hands to create heat and light” and, obviously, the melodic Russian of its inhabitants.

As fascinating as the architecture of two coal settlements themselves, is the stunning, pristine polar landscape around them. Cliffs covered with meters of snow reflect in the waters of the fjords; once in a while, solitary walruses make their unexpected appearance from the ice, small brown spots in a otherwise entirely white-blue arctic paradise. 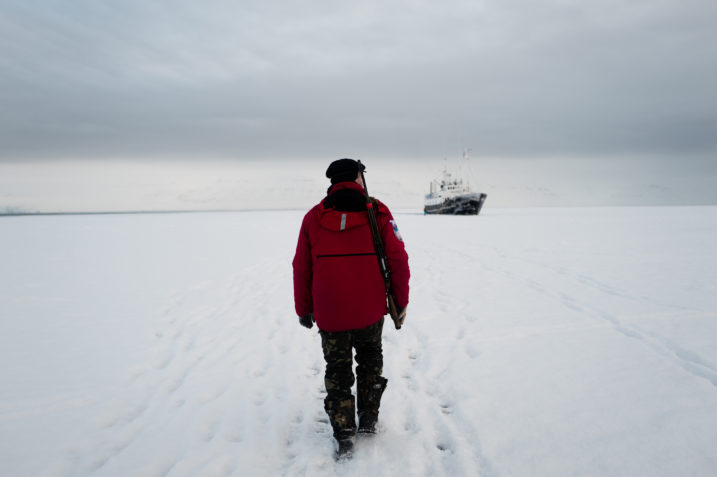 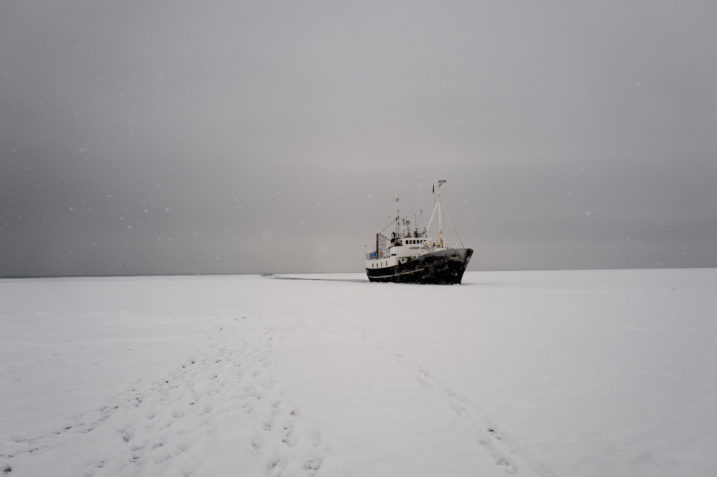 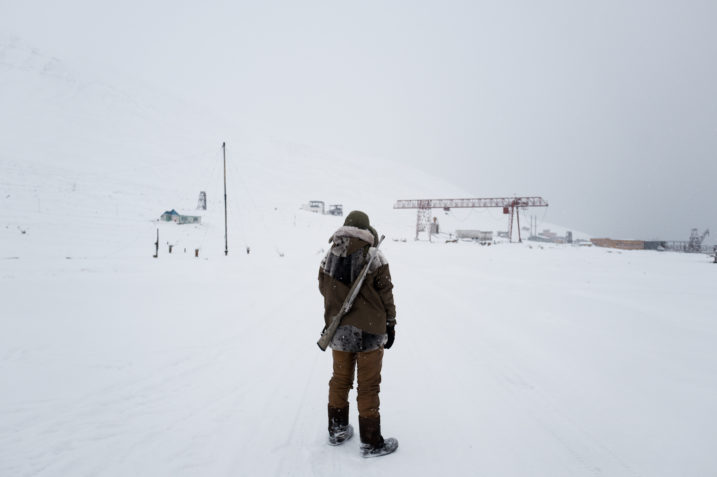 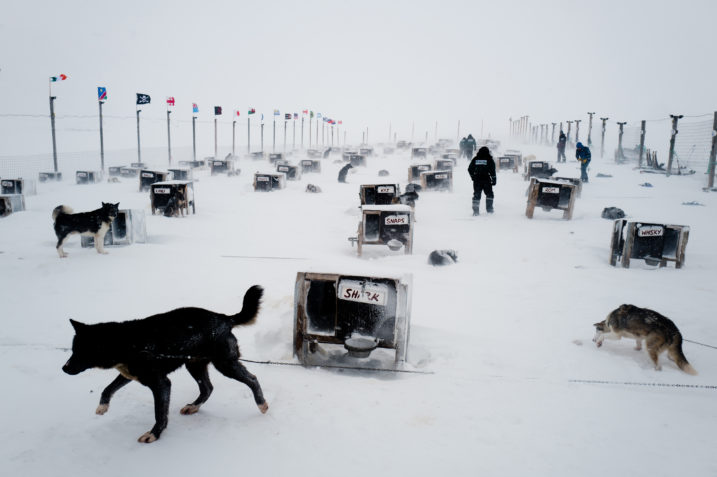 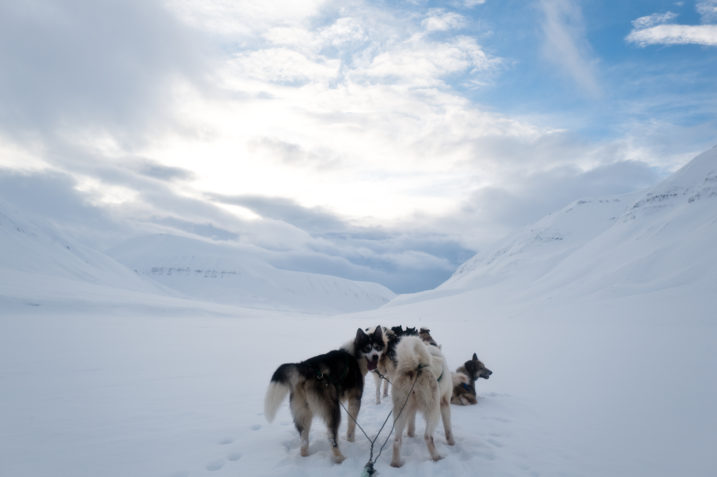 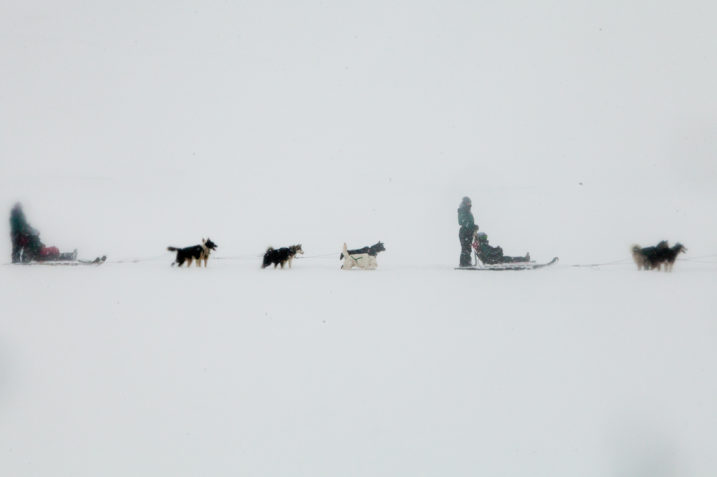 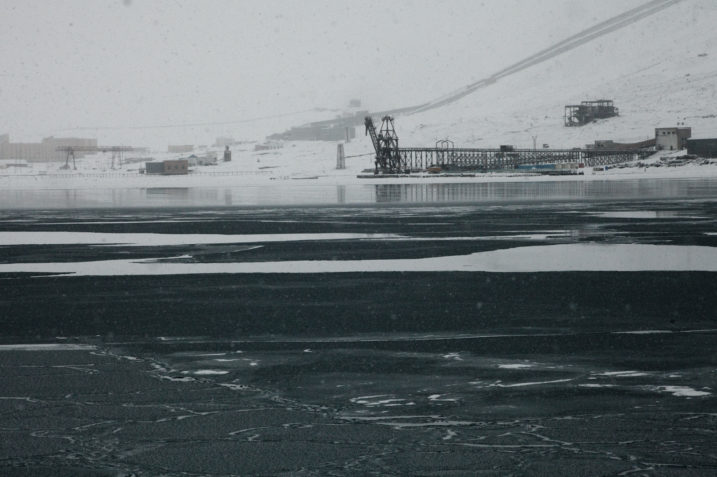 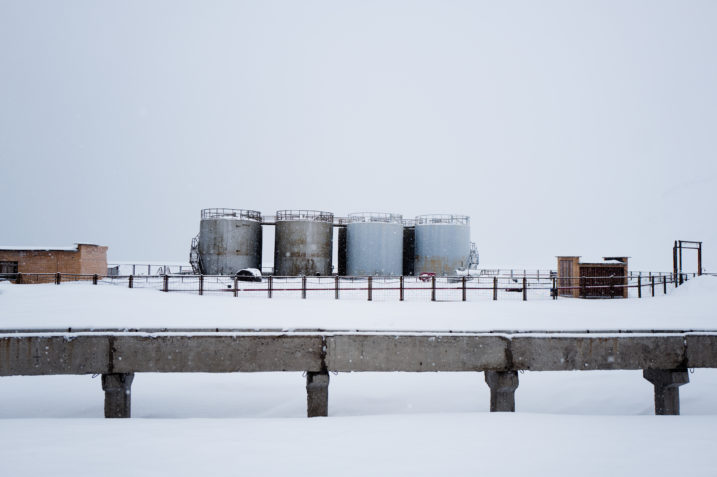 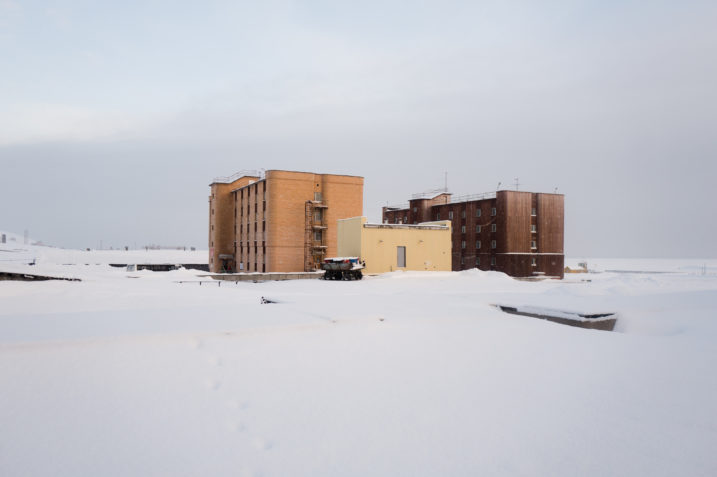 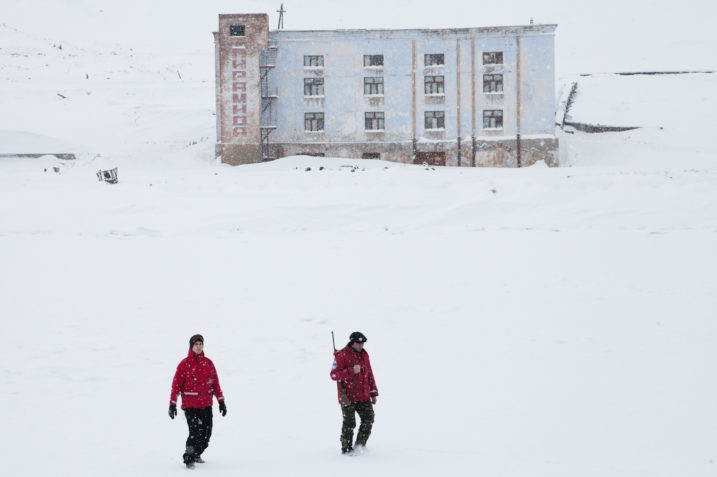 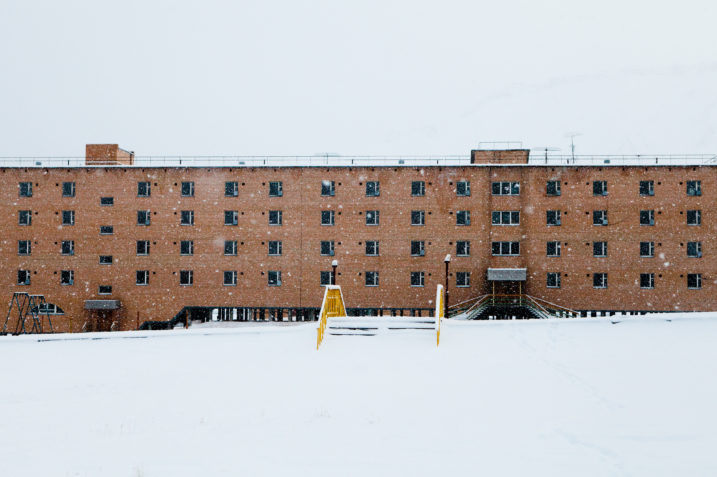 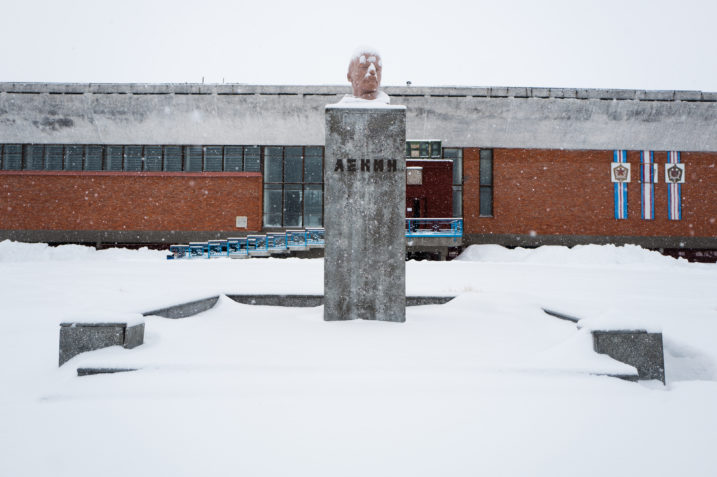 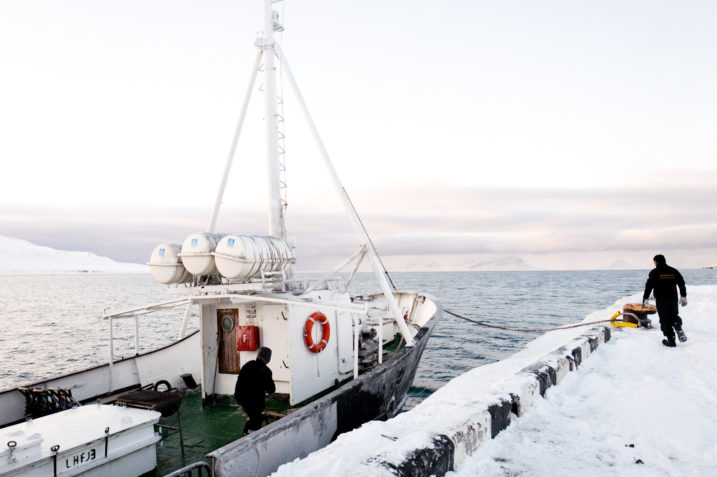 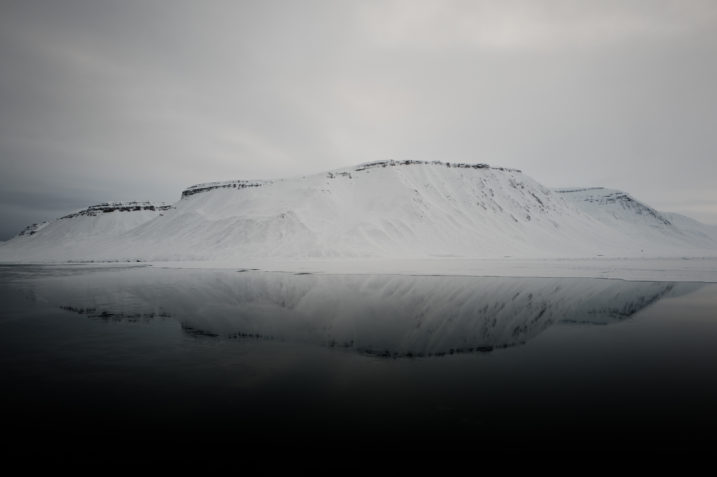 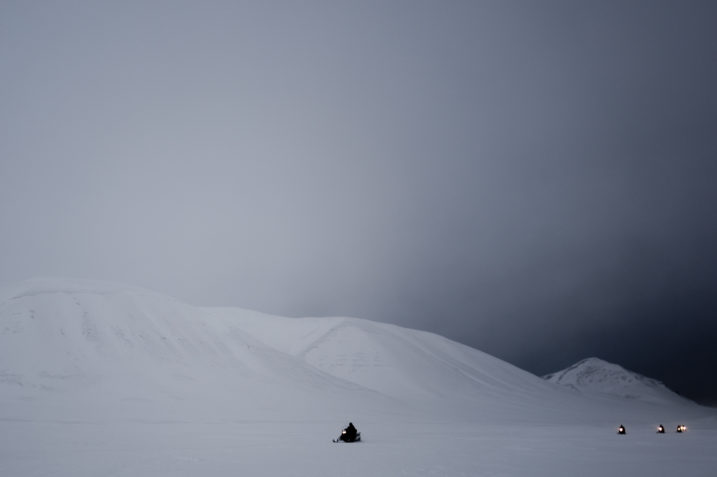 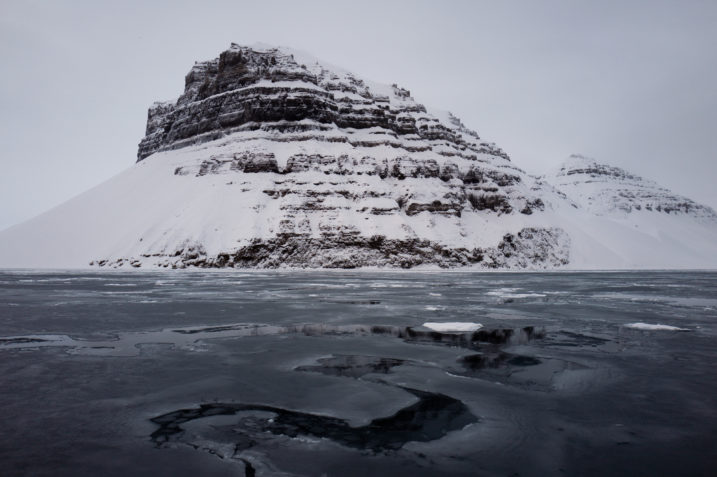 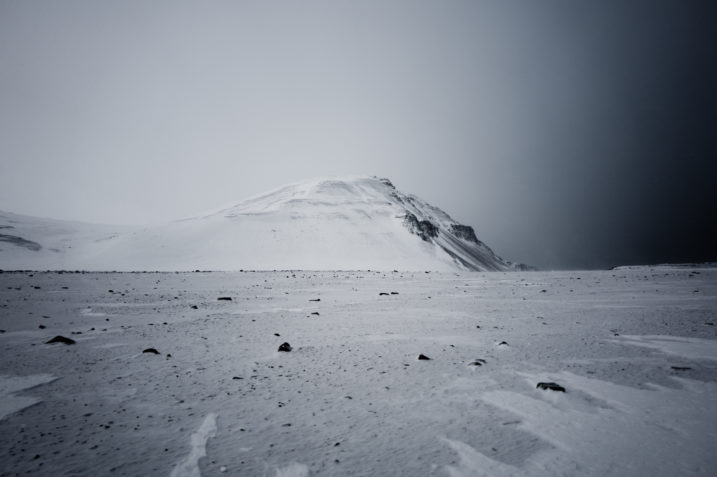 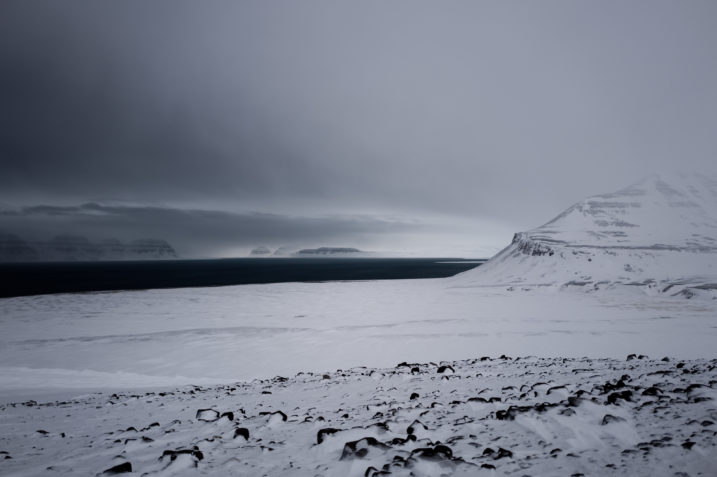